I'd like to reopen the discussion found here - but instead ask that it be available as a card option.

Small multiples provide the ability to show data much more clearly than overlaying several series on the same line/bar chart, and provide the ability to add a Series value to visuals that you could not previously.  Design studio allows for several visauls in one card but it requires the number and size of those visuals to be set ahead of time.

What I'd like to see is the same ability for some of the out of the box cards where the number of visualizations depends on the number of series in the dataset.  For example - the graphic below would add a new row of charts each year as data became available (or drop rows when that data is filtered out). 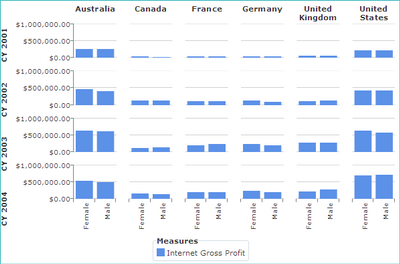