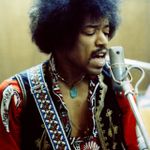 Is anyone else noticing a significant slow-down with their Redshift transformations? My average run-time has doubled and in some cases, tripled or more. This started on-or-around 11/16/2020. I reached out to support but was advised "Domo has not control as it is AWS/Amazon".

The MagicETL feature is nice but really not a practical solution for our needs as it is too clunky for our flows. MySQL would be fine but the row limits tend to be prohibitive for most of our uses, so I'd rather stick with one flavor of SQL rather than jump back and forth between them for future maintenance purposes.

I'm hoping this is just an intermittent issue but I'm afraid this slowness might be the new normal.