How to display the mean value of a total instead of average? 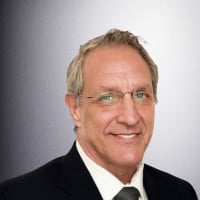 Here is the first attempt at a Mean Survey Score -