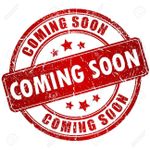 One task that I was faced with recently was trying to determine what the date of the SUNDAY start of a calendar week would be, given only the YEAR and the WEEK number.

All of the YEAR(s) and the WEEK(s) would be obtained from Google Analytics as "YYYYmm".

With the help of Joe Ehat of DOMO Technical Support, I came up with the following:

This starts with the fixed SUNDAY of the LAST week of 2016...

...adds the two WEEK counts together and multiplies that result by SEVEN (to aggregate the number of DAY(s) ...and then ADDs those days to '2017-12-25' to calculate the DATE of the SUNDAY of the given 'Week of Year'

I then used this "Date" format Beast Mode as my X-AXIS for a Vertical Bar chart so that the SUNDAY of the Week would be shown as the Date on the Category Scale.