My users find it confusing that when they apply a filter using analyzer, sometimes they get options to select that don't actually pertain to the data on the chart. For instance, I the have a table of sales data that has 2012-2013, 2013-2014, and 2014-2015 data for all markets. Some markets have requested that I include some sales from prior years for comparison purposes.

In the example with the image below, the card is built to filter for Boston on the back end, which does NOT have any prior years in the table. However, even though the only data available to the front-end user is Boston, the list of years to choose from contains any unique value found in that column within the chart. This is confusing to the user, because if I'm not available to confirm for them that '2006-2007' isn't *really* in the data, except in one special custom case, they would assume that it IS there, and they are just not seeing it in the visualization. 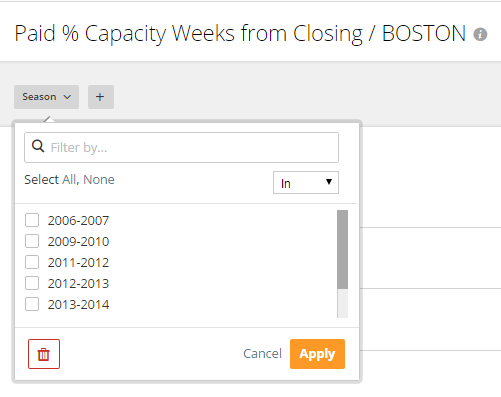 I've taught them the workaround to filter for Boston first, even though the card is techncially already doing so, so that the list of years to choose shortens appropriately -- but that is an extra step which is not at all obvious, and it can be time consuming to find the filter in the list of available columns (I've sent another idea about intentionally limiting the columns that populate when the analyzer is used). If the user hasn't been taught, and remembers, about the fact that filters stack, they will likely get frustrated and stop looking to Domo for filtered data (it is a function of Excel, after all). 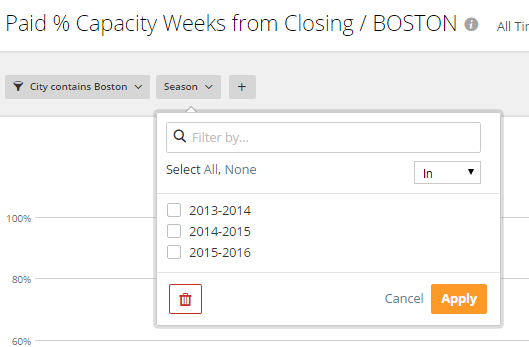