Plotting against the x-axis as a continuous scale

In Domo, some chart types treat the x-axis as a continuous scales, others plot only data points present in the data set. The behavior seems to be baked into the chart type itself, and is not an option, at least not for numeric values. Time series seem to default to a continuous scale. The issue here is that if there are gaps in a series, they either show up on the chart or not. This fundamentally changes what the chart means. Here's a sample of a super simple data set: 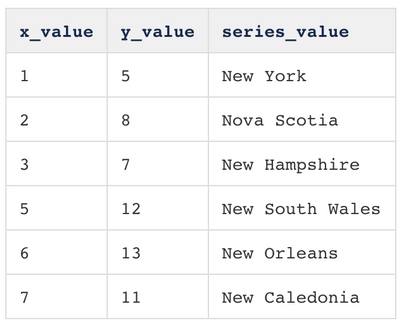 Notice that the x_value series has six values running from 1-7. There's no data for 4. How does this gap up in a chart? It depends. Here's a stock Domo bar chart: 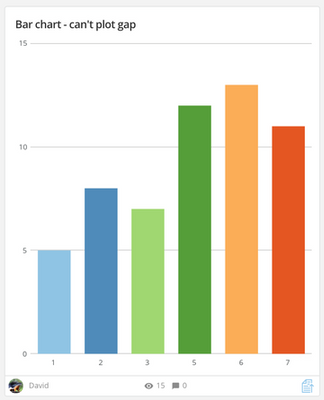 Fair enough, why would a bar chart plot something that doesn't exist? Here's a comparison after the DataSet is updated to includes a dummy entry with a value of 0 for row 4: 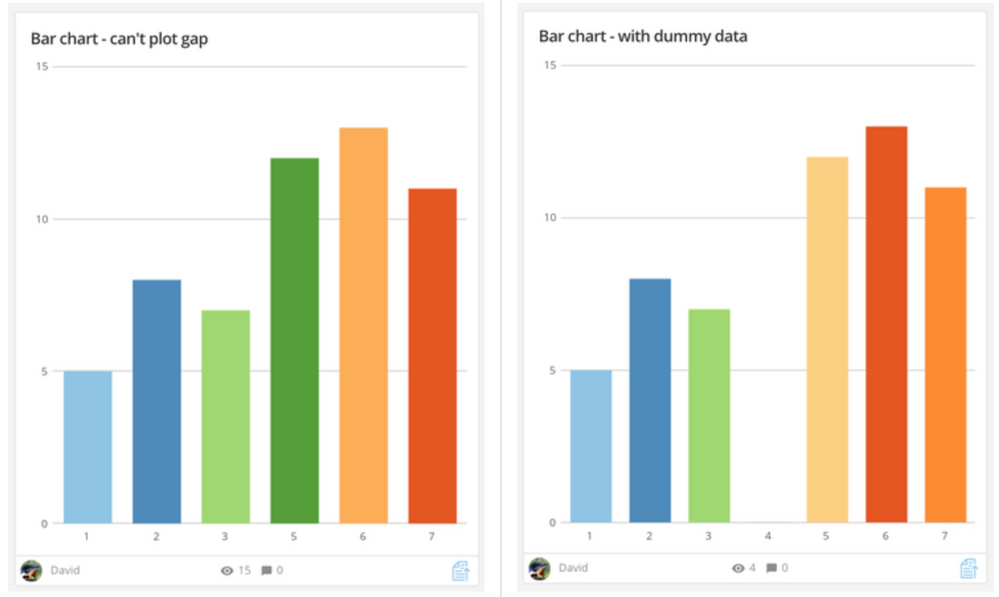 I tried out line charts and, to my surprise, found the same behavior. The series 1,2,3,5,6,7 has an x-axis from 1-7, but with no position for the missing value 4. It seems like the x-axis should include space for position 4, but it does not. This makes for a pretty misleading graph, at least for a lot of data. Part of the problem is that Domo's charts always look just awesome. They're so good-looking and clean, it can be simple to overlook things like this. (I only just noticed!)

For numeric plots, I can't find any controls or options to change how the x-axis is treated on most chart types. Am I missing something? I did find the XY Line chart, and it works more as I'd expect: 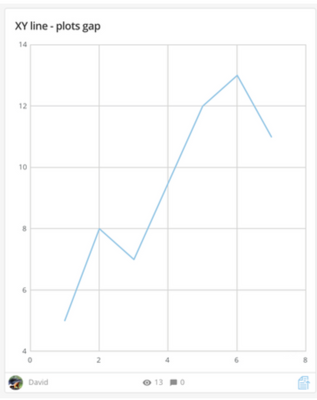 That's what I'd been assuming I'd get by default - the system interpolates the transition between points making a connected line, the width of an interval on the x-axis is a constant measure. Put another way, I can interpret the x-axis visually correctly, which is not possible when gaps exist in the data.

And, while I'm on the subject, interpolation (by some means) is a good option, but sometimes it's the gaps themselves you're trying to see. In that case, you want nothing plotted - no interpolation, no collapsing scale. Here's a mock-up of the previous chart showing that sort of behavior - a broken line for point 4: 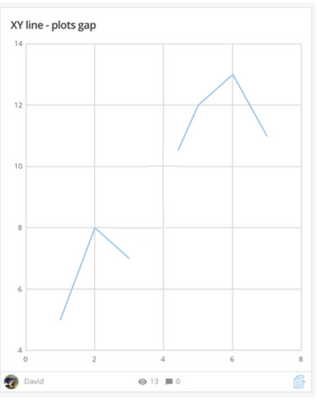 I've tried adding dummy rows for NULL values on a large DataSet and, well, it worked out poorly. The 0 values plot as a series and it was super confusing. That's why I set up the toy data used here. I could fake the data to plot against a timeline as that seems to keep the x-axis on a continuous scale, but that seems a bit of an ugly hack to me...and probably runs out of steam pretty quickly in practice.

Can anyone who knows more about this stuff chime in?