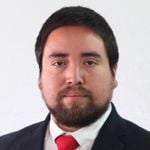 As previously explained in Dojo, I'm working with the APP DB technology, trying to emulate a website within Domo.

I got my input form working with it's own dataset

Additionally I'm trying to make an update form, where after querying my results, I want to be able to modify that same record by its __document_id__ auto generated field.

Any help with this will be fully appreciated, as for now my approach to a solution is:

-Query results from the input dataset

-Work on my updates, execute the command

-Create a copy of the input dataset, but specifically for updated data

Let me know if you need code or snapshots from my development.