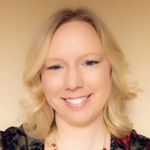 I have been trying to use the Marketo Dashboard and have it populating.  However, I cannot see to properly validate the data compared to the Marketo reports.  I've been researching and I found something on the Marketo Community where a user posted:

The user was asking for help on how to handle this, but there was no respond.  Because of the IDs, unique clicks are not straightforward.  Also, I would think that IPs might be a way to determine some duplicates or missing Opens when an email has Clicks, but there are a lot of NULLs in that field.  Has anyone worked through how to get this raw data to work correctly to match the Email Performance Report in Marketo?