How to calculate Percentage in each Series - Bar graph

I have created a card that displays total population of universities with respect to its ACT value. I want to create a card like below, 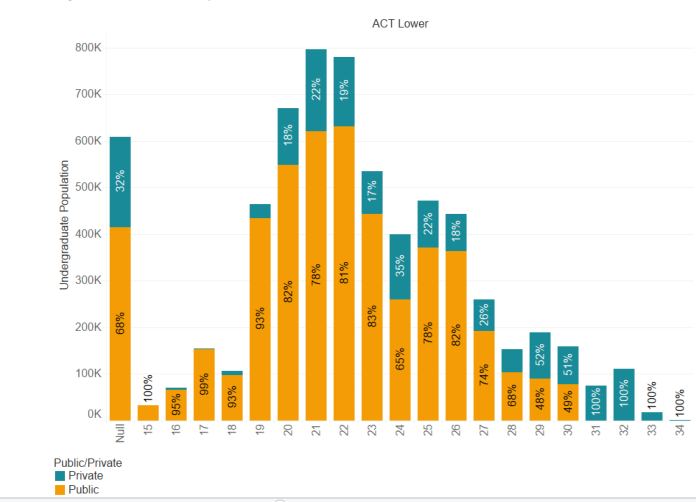 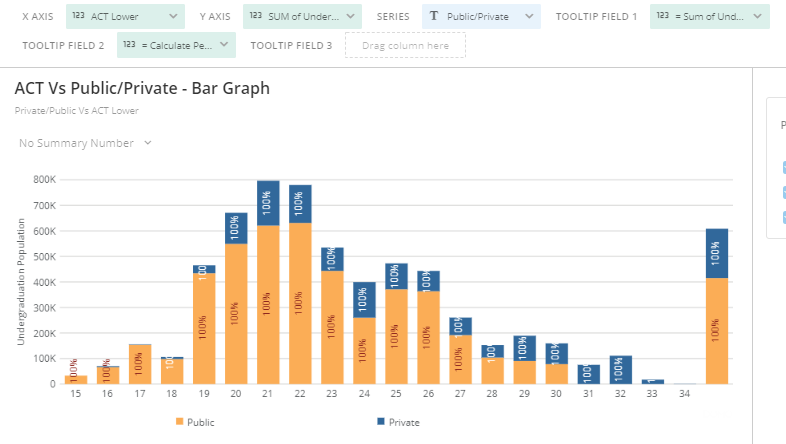 It would be fine helpful if someone could help me get the Total value - sum of population from both private and public. Thanks in advance !