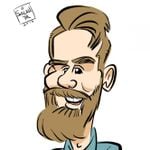 It would be nice to have a tile, or an option in Alter or Join tiles to mass handle NULL values.

I understand that I can use a formula for every column as follows but after about 3 columns it gets tedious.