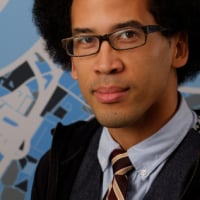 By borrowing from WINDOW function syntax FIXED functions mislead users as to what’s happening under the covers making it difficult to adopt.

This looks like functionality designed to mirror Tableau, but

The KB examples duplicate known and well understood classic Window Function examples but fails to illuminate how Adrenaline is behaving differently under the covers.

Are they arriving at the same result the same way or is there something different about the query execution that retrieves the result?

Fixed introduces PARTITIOINING without calling it PARTITIONING. Why?

AVG(AVG(UnitPrice) FIXED (REMOVE ProductCategory)) reads as “the average of an average” which is typically regarded as ‘bad math’ and is NOT what FIXED functions are actually doing.

Again --- this is my frustration with FIXED functions. It is not intuitive and does not align with a SQL developer’s understanding of WINDOW functions despite borrowing heavily from that vocabulary. If it’s something different – use different syntax or be VERY explicit in the documentation.

The addition of FILTER NONE and FILTER ALLOW <field> is amazing – but would rather see in a WINDOW function.

In conclusion, I do believe the FIXED function introduces net new functionality that would be a huge benefit to WINDOW functions. Given the quality of the explanations provided in the KB, the lack of clarity on what’s actually happening with FIXED functions, and the misleading syntax, I believe it would cause more damage than harm to share this feature with users who have any exposure to SQL.