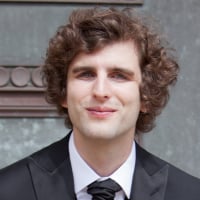 So, I've got a dashboard in which I'm trying to show the population over time at a facility for one of my cards. So, x-axis should be a date, and y-axis should be how many people were present at the facility that date. The dataset we have has a row for each client, and two of the columns are date admitted and date discharged (along with a bunch of other standard demographic stuff, age, gender, etc.).

So, I know how to do this just fine in python (and at the moment, that's how I've done it for the dashboard, via a python script in domo's magic ETL). However, this means we can't filter by any of the demographic information in the other columns, because the population numbers get hard coded so to speak in the ETL phase. (For what it's worth, the way I've done it in python is make a new dataframe where each row is a day, and a column is a head count on that day).

Any thoughts on how something like this could be done in Beast Mode? Or one of Domo's other tools? Just anything that would allow us to still be able to apply demographic filters after the fact. I'm still somewhat new to Domo, so if there's a tool I've overlooked that would be perfect for this, that's definitely a valid answer.

I think that's everything, but please ask me to clarify or give more info if needed. Thanks a bunch!