The color rules dialog has limited horizontal space to display the names of dataset columns. If the column names are similar and exceed this length, there is no way to differentiate them or to know what color rules are already set.

As a typical example we have a column named "COL_SUBCLAIM1CATEGORYNAME" and a Beastmode based on it titled "COL_SUBLAIM1CATEGORYNAME Students by Percentage". Since the column name exceeds the width of the field in the Color Rules dialog, it's impossible to differentiate which of these is being set. Even if the dropdown is opened there is no indication of which field was selected (I seem to remember the selected column used to be bolded when you opened the menu, but that doesn't seem to work anymore).

This issue could be fixed by allowing the modal window (or column) to be resized or adding a tooltip to the field to allow for the display of the entire name. 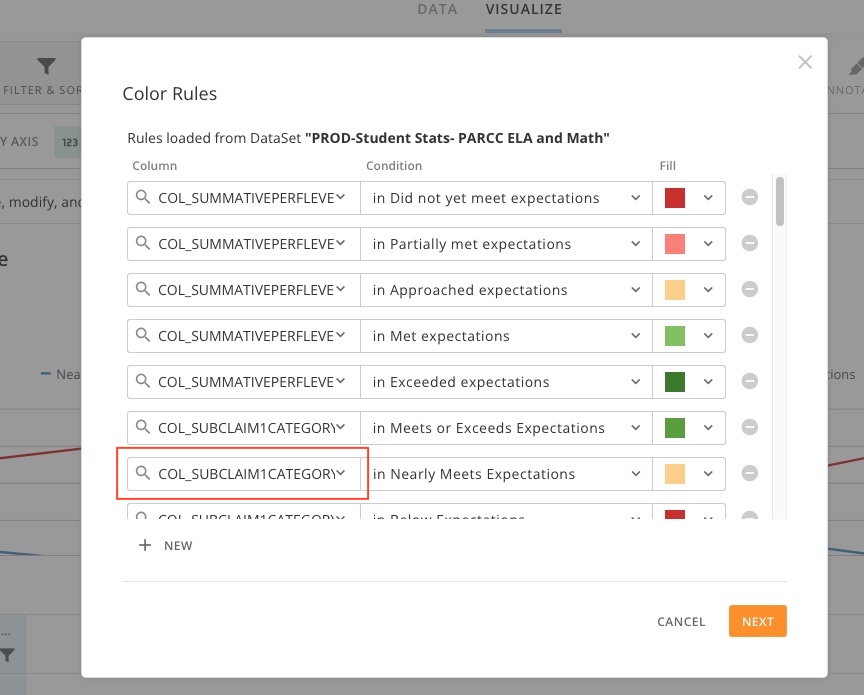 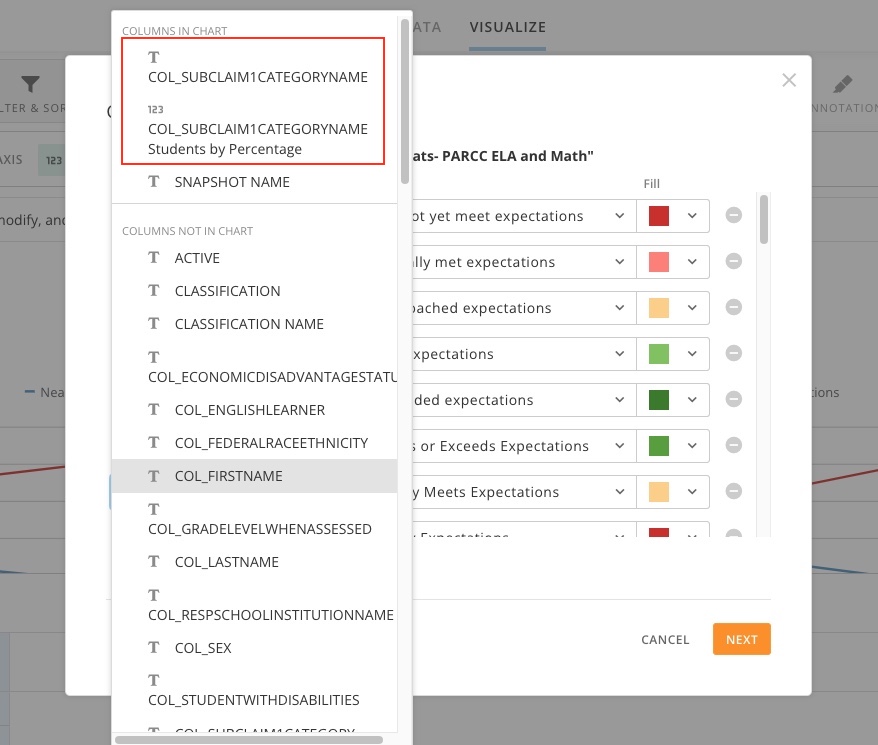