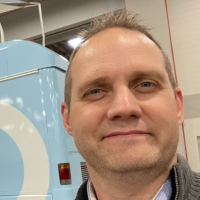 I've encountered a few use cases in the past where I've needed to visualize custom regions in a map card. The custom chart feature works great when the regions don't change, but I haven't found an easy solution for instances where the regions are dynamic. For example, a sales territory realignment may occur which results in states needing to be mapped to different territories, and new territories may be created or removed. It would be great if these changes were reflected automatically when the dataset changed vs. needing to re-upload a new custom chart configuration.

In order to support this in the native map card I thought of these two features:

1)Add an Analyzer "Series" field for map cards which would be populated based on the territories from the underlying dataset. The names in the series and their relationship to the map dimension (e.g., US state) would update automatically as the dataset updates. The colors of each of the states would vary natively depending on which territory they belong to.

2)To provide further flexibility in coloring the territories, add color rules to map cards that could be configured based on the names in the series.