Still exploring Domo's chart types, and I'm not finding "pyramid" charts. I think that these were invented, or at the least popularized by, the US Census Bureau. They're commonly used to split some relevant measure by gender and age, like this example from https://www.businessinsider.com.au/demographics-china-2030-vs-japan-2013-2013-11?r=US&IR=T 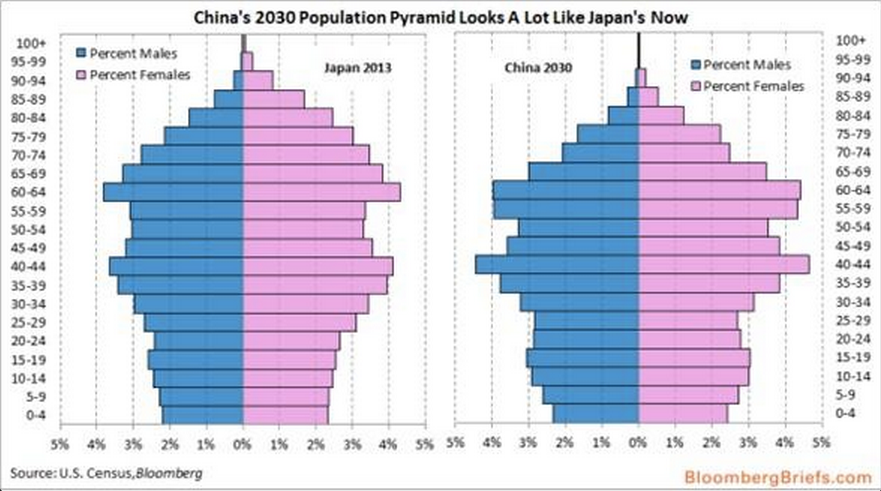 That's the classic use of the chart, but they're pretty spectacular for other purposes as well. Instead of male/female, switch out any other two groups for comparison. It might be countries, regions, facilities - or anything else. For the bars section, you can have whatever categories you like, say components of economic output (primary industries, service, etc.), source of death (hospital-based infection, gunshot, road accidents, cardiac events, etc.) It's pretty limitless.

Another use is to show not only relative differences across the dividing line, but degrees of overlap. (This requires another series and a third color.) For example, imagine bars for all of the bird families in Australia and the Lower 48. Many families are in both, some are only in one or the other. You can see at a glance how similar the two regions are, how different, and where. Here's an old mock-up of such a graph linked to a list display. (Sorry, I implemented this all with D3  a year ago but am not on a machine with a working configuration.) 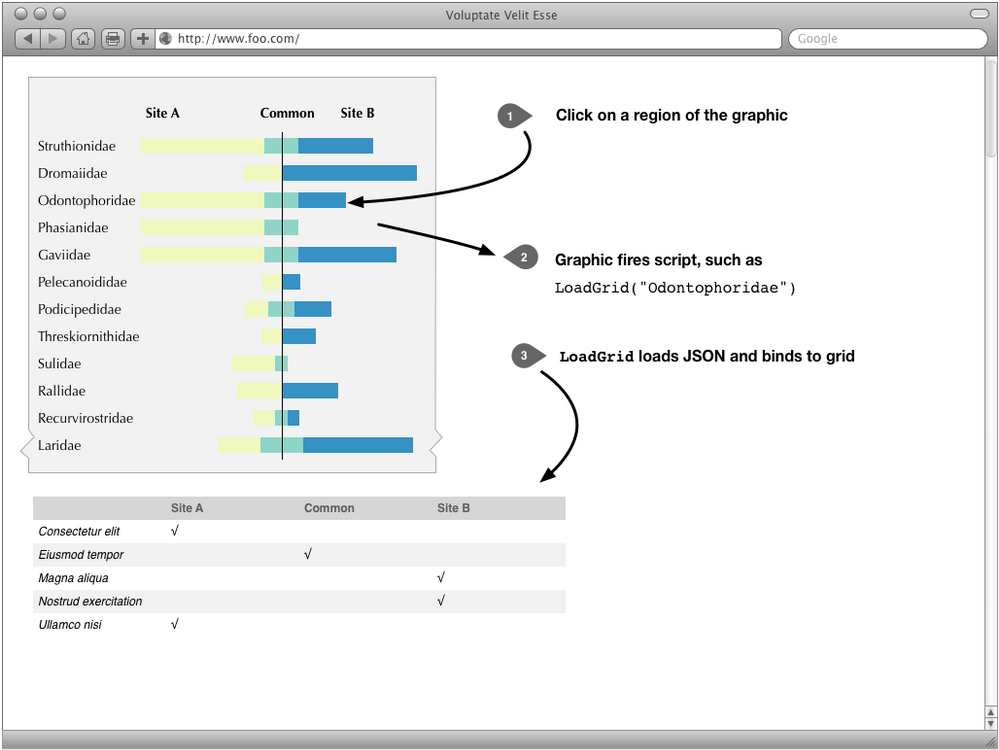 Am I just overlooking pyramid charts, of whatever kind?