We're trying to determine the number of customers that have to call more than a certain number of times in order to have their concern/issue resolved, i.e. those who are not able to receive first call resolution.

Domo obviously can determine the number of times a certain phone# has called in, and we've generated a card using the funnel graph but we're having trouble finding a way to filter / exclude customer phone# that have called less than a certain number of times (generally 2x or less), and on the flip side isolate those who have had to call in excessively, i.e. OVER a certain predetermined number of times to exclude partner lines we don't need to review.

Is there a beast mode calculation that can help us with this, or is this something we should be able to set in standard filters without a beast mode? Image below shows what we have with no additional calculations, so it's working to provide the number of times a specific customer calls, just want to be able to set parameters.

We had several attempts for a Beast Mode that wouldn't validate but were finally able to generate one that does though it's not achieving the expected esults when replacing the CustomerPhoneNumber dimension, which shows unique phone#'s (counted) in the Funnel Section Name; the first screenshot is what happens when replacing the current dimension that actually separates unique phone#'s but does NOT exclude those that don't fall within the criteria set in the Beast Mode below: 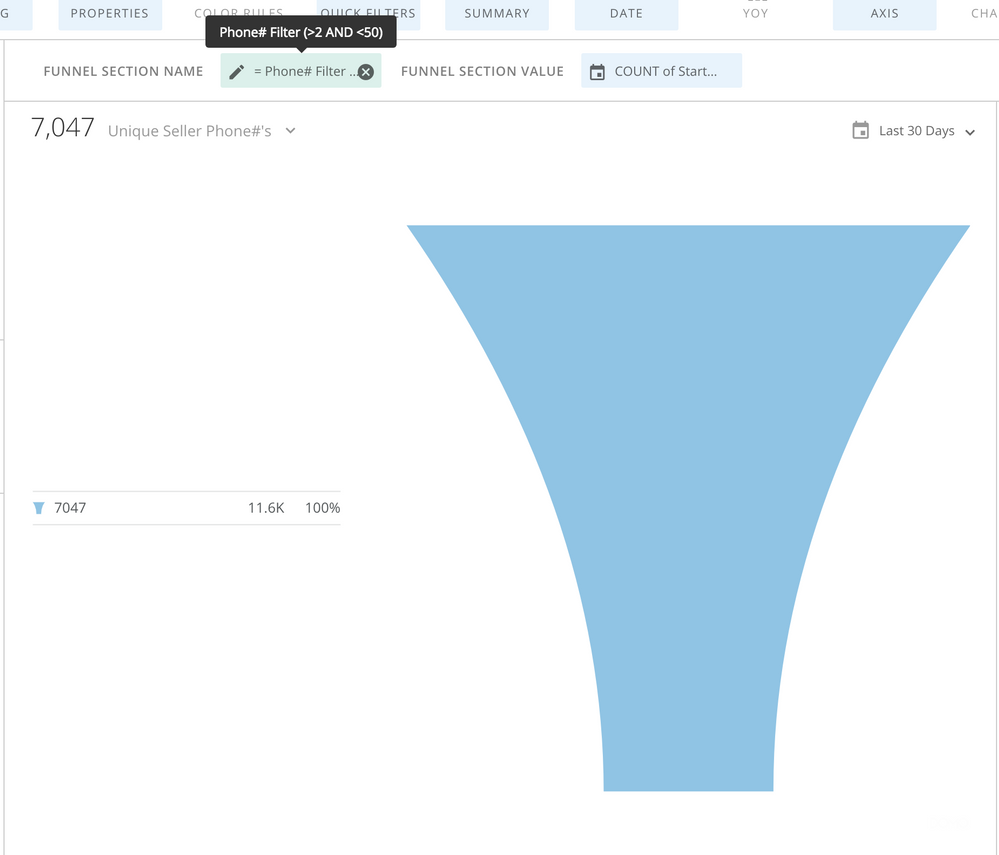 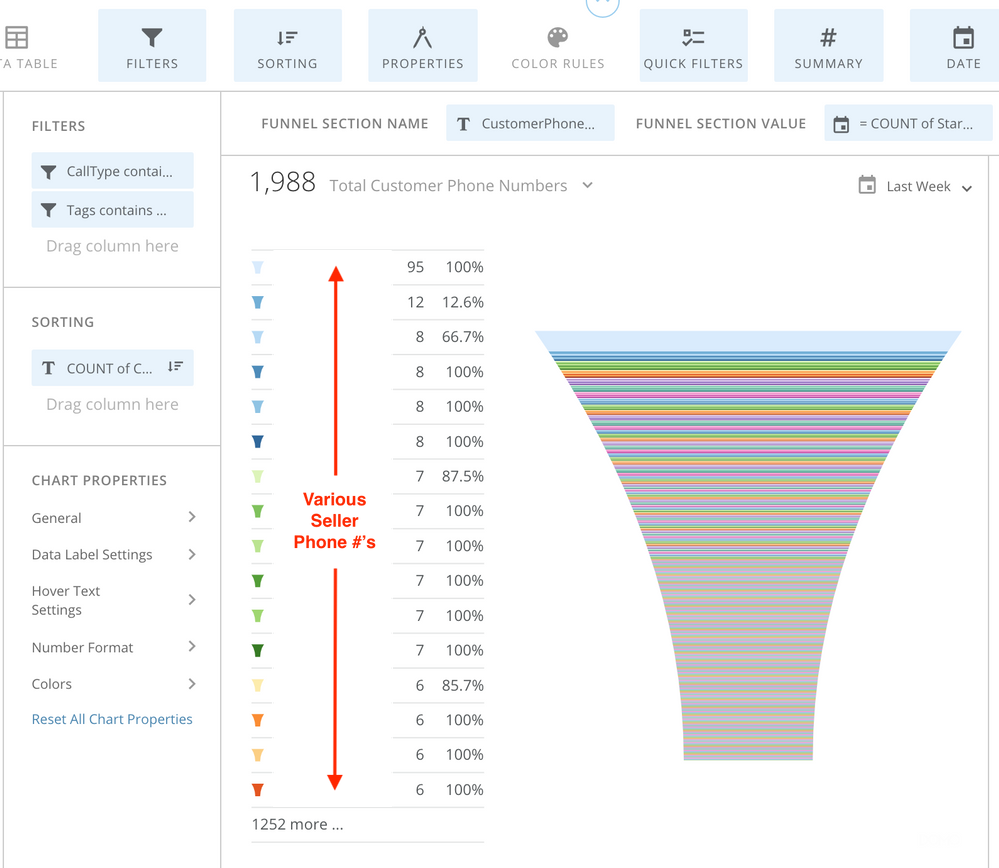 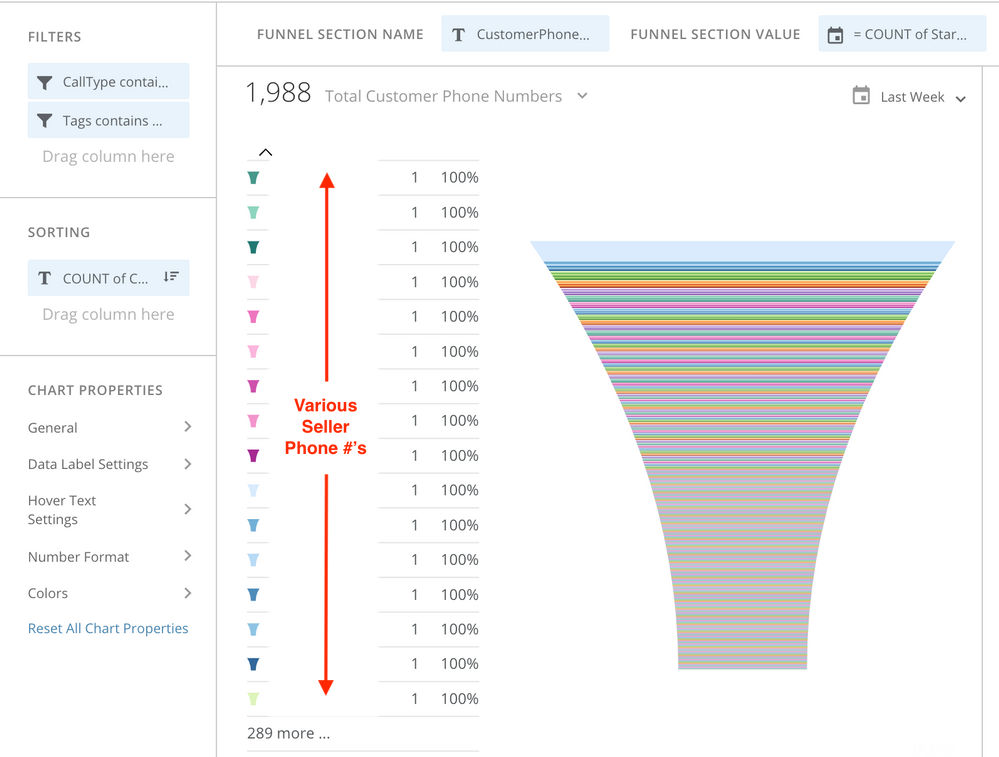