I have a dataflow with 2 outputs. I branched off some appended data to one dataset, and then I took the same appended data and applied a pivot tile (initially I was joining to achieve the values in columns, but that was coming out way off). The dataset that is taking just the appended data is coming out correct, but the pivoted data is around $300k less from a total of $26 million. I reviewed the pivot documentation and am following it exactly how the example shows. 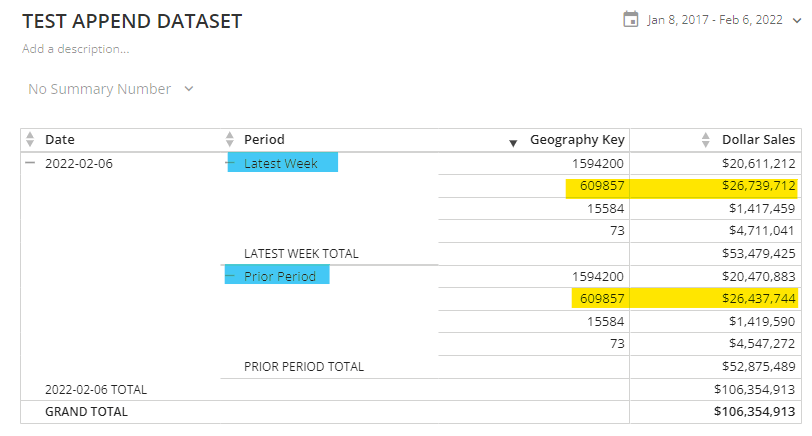 I have 3 columns I am using for row values that are basically the market, the week sold, and the item sold. The only column that is not a measure value is the period, but that is what I am trying to pivot to the columns so that I can easily subtract prior period from the latest week to find the variance.